Is the dream all over for Trainor's Bar?
Just like St Patrick drove the snakes to the tide, CWC A seem's to have swept the Trainor's challenge into similar oblivion. Since CWC caned their nearest rivals  last month Trainor's have drawn  with Hustlers, Orchard Bar and now Bears. In between that run Whitecross hammered them 8-1 in the Divisional Cup in one of the shock results of the season.
The South Armagh pub are now  4 points adrift of CWC with only 3 league games to go. 2nd place is virtually guaranteed to be their final position after leading the title chase for 3/4's of the season.
The pressure will now be on Trainor's captain Niall McVerry to deliver at least a place in the final of the either the Cunningham Cup or Vegas Cup.
This team promised so much but the reality is they might just deliver very little.
CWC edged out Nan's 5-3 and that virtually assured them the league title.

At the bottom of the table Nan's Rams have slipped through the relegation trap door. We did a bit of a preview of this inevitable exit two weeks ago but Micky Cunningham didn't print it. Not to worry, we've enjoyed having them in the Premier Division and they will probably feel they didn't do themselves justice. No doubt they will be strong contenders in Division 1 next season with the likes of Stephen Sherry, Mal Maguire, Leigh McAlinden, Pat McClenaghan and Andrew Chan. They are all deadly potters and they will be better equipped should they get to the top Division again.

The race to avoid the other relegation spot is going to be a right Royal scrap. Hustlers on 13 points and Bears on 14 points are the main protagonists. McGuigan's are are further 2 points ahead of Bears and are not out of the woods yet.
Mathematically Orchard Bar on 17 points could still get relegated but it looks more likely they will be fighting it out with Whitecross for that 3rd place spot behind Trainor's and CWC.
Orchard came from 4-2 down to claim a draw in Whitecross. The draw still gives Whitecross a 2 point advantage on 19 and they are favourites to claim 3rd place.

In Division 2 Windmill put the spider in amongst the fly's when they beat Ballyholland two weeks ago. In a brilliantly enthralling Division Windmill went top despite only drawing with No. 7 Duke Street. Ballyholland bounced back from the Windmill defeat to beat and leapfrog St. Monnina into 2nd place. The Saints dropped from 1st to 3rd.
Had No. 7 beat Windmill 3 teams would have been joint 2nd but with games running out one more slip up from any of the top four could mean curtains to their title bid.
Windmill are only top on score difference which will mean nothing at the end of the season. They have a game extra played so Ballyholland still have the title in their own hands. 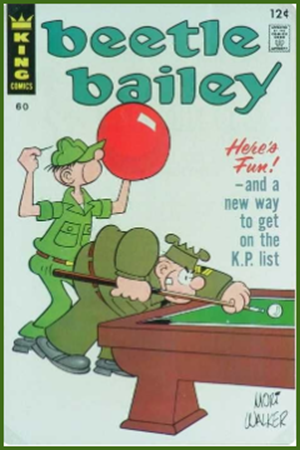