Nifty Fifty are cruising to the chequered flag with all credible contenders now dropping like they've been hit by a Kane Tucker left hook. The Nifty boys are 10 points clear of joint 3rd placed Bosco B and Saint Monnina B. 1 more point will see them promoted. With Division 1 status virtually secured it's the winners trophy they're after now.

With Millvale losing Nifty Fifty opened up a surely unassailable 7 point lead at the top of Division 2. Nifty Fifty have only lost 1 league game all season and only drew 2 so the chances of a complete collapse are extremely slim.

Millvale do have a game in hand but even if they close the gap to 5 they know 2nd place would be a more realistic achievement. With players like Colly McCann, Killian McDonnell, Benny Hoey and Ryan Diamond (when he can go) the talent is there to be more competitive. Getting thrashed 6-2 at home against Dan's Rebels is unacceptable if your chasing trophies.

Gareth Treanor and Brendan McAllister lost for Nifty Fifty last Thursday and left the Forester's side chasing a 2-0 deficit. Matty O'Brien and Ryan Gray dreamt the run away leaders could actually be stopped in their tracks for TJ's C.
Mark Fleming has been solid but losing the week before against Dan's Rebels was a wake up call. He fired Nifty Fifty back into the match with a good win over Shane Durnin. 2-1.
Robbie Loughran will relish Division 1 next season and he levelled on the night when he beat Ethan Doyle. 2-2.
Damian McArdle realised a long time ago that Division 2 pool could be a level too high for him. He suffered yet another defeat and his Nifty team were trailing 3-2. Adam Carroll the latest to educate 'Diddles' McArdle.
Aidan Griffin will surely be up for a captain of the year award with a string of brilliant performances. He tied the match after 6 frames when he beat the hapless Jamie Heaney. 3-3.
John Little is a giant among men. Well not all his results prove this but I've been waiting all season to type that! He put Nifty 4-3 up when he beat the steady Nathan Crudden. Now Nifty Fifty could get ready to start the party.
Chris McKeown landed the knockout blow for Nifty Fifty and TJ's C were out on their feet when Jake Tucker was beaten.

Dont Forget Thursday 21st March Its The Pairs To Be Played 1 Winner From Each Table. Thanks 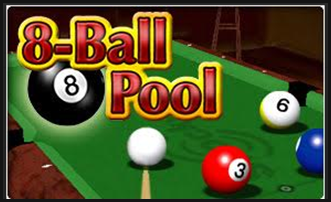