Newry Pool League Pairs Blog what a great night it was to be involved in.

The Foresters hosted the finals along with the Indo and it was clear everyone  loved the intimate surroundings where seating and views of the table were 2nd to none. Cathal McCoy did commentary on his livestream and Harvey Lavelle did a great job refereeing. Most importantly as far as the players were concerned, the tables were perfect and the INF proved worthy of this huge finals night.

We got 6 of our 8 match predictions correct and one was Kieran McMahon and Terry McNally to see off Niall McVerry and James O'Hagan. We new the Trainor's lads would need to produce a master class but it didn't materialise and our 2-0 predicted scoreline came to fruition.

Michael Feenan and Mickey O'Hanlon and no problems in their 1st match either. Anthony O'Hanlon and Collie McCann found the 2 Division gap insurmountable and it was the Whitecross lads that progressed.

Colm Shields and Jim McMahon were on a great run. They beat Martin Bolton and Jeremy O'Brien and early in the Pairs beat favourites Pat Brady and Harvey Lavelle. They came up against an inspired Terry McNally and a ruthless Kieran McMahon and that was the CWC A lads in the semi-final.

Michael Feenan and Mickey O'Hanlon had to beat conquerer's of their team mates to reach the semi-final. Division 1 players Damon Murphy and Matthew Creggan dumped Premier Division Whitecross cueists Brian O'Neill and Gareth McCann. Feenan and O'Hanlon weren't brilliant but got their revenge to book their semi-final place.

The first semi-final saw brothers Liam and Noel Bradley who taking on Michael Feenan and Mickey O'Hanlon. The Whitecross Pair took the opener before the in form Bradley's levelled. The decider was on a knife edge and it looked like the Bradley's would go through when both Noel and Liam had shots on the black. Both missed and the two Mickey's held their nerve before Feenan sank a tricky black for 2-1 and a place in the final.

The McVerry's were in fine form and typically mixed their game with good tactical play and quality potting. McMahon and McNally went 1 up before the McVerry's levelled. Trainor's Father and Son duo went game in the decider but Seamus fell millimetres  short on his final ball with a black at their mercy. Jimmy fouled and that's all McMahon and McNally needed as they cleared up to book the final birth.

Michael Feenan and Mickey O'Hanlon looked set for the opener in the final but despite some good play couldn't capitalize and Kieran McMahon and Terry McNally went 1-0 up in a race to 3 frames.

Michael Feenan moved up a level and at long last his nickname Tornado seemed a suitable title. He dragged Mickey O'Hanlon with him and levelled the match 1-1 with another tricky black.

In a close 3rd frame O'Hanlon fell short to leave Feenan a missable long black. Feenan was a long way off and it was a reverse 2-1 for McMahon and McNally.

Feenan looked to have a good blocker to thwart a finish but Terry McNally played a superb double to set up a fantastic finish and it was 3-1 to the CWC A Pair.

It was a really high quality night of pool. Terry McNally was arguably the player of the night. He was playing all the right shots and showing Kieran McMahon exactly where he wanted the white ball. Both McNally and McMahon are still in the individuals and are the only players on course to ever win the clean sweep of league, Divisional cup Vegas Cup Cunningham Cup and the Pairs and Individuals.

Thanks to the Foresters and Independent Club. 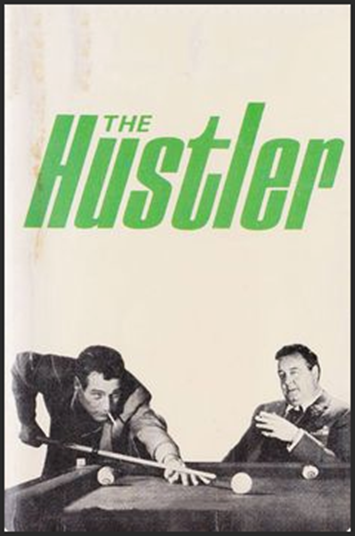