Newry Pool League Pairs Last 16    Being Played Thursday 9th May All games Will Be Played on All Tables if Needed Games Will start No later than 8.30pm Sharp                                   @TJ’s Table1 Sean Murray & Seamus Graham (Trainors A) v  Paddy Clarke & Seamus McGeoghegan (CWC A) It's always interesting when players from the top two teams clash. Murray and Graham are ultra attacking and while Clarke loves going straight for a finish his partner in crime McGeoghegan is a lot more tactical. Clarke and McGeoghegan are probably 2nd favourites for the title now and they should edge this 2-1. Gerard McEvoy & Kevin McGovern (B/holland) v Jimmy McVerry & Seamus McVerry (Trainors A) McEvoy will have the smart playing tactical McGovern by his side but have the got the ability to see off the safe thinking McVerry's? The two McVerry's stunned current holders Shane and Cathal Phelan. Jim and Seamus will flourish on TJ's potting tables and have the tactics if needed so 2-0 win for them. @Table 2 Martin Bolton & Jeremy O’Brien (No. 7) v Colm Sheilds & Jim McMahon (B/Holland) Bolton and O'Brien will be delighted to get to the final night and will fancy their chances against the giant Killing Ballyholland pairing. Shields and McMahon dumped previous two time holders Pat Brady and Harvey Lavelle so they should be unfazed at facing the Boyds lads. A tough match is forecasted but 2-1 Shields and McMahon seems the sensible outcome. Kieran McMaon & Terry McNally (CWC A) v Niall Mcverry & James O’Hagan (Trainors A) This is probably the table the pool purists will have their eyes on. The skill level could hit maximum level here. McMahon and McNally will be favourites to win the comp in many people's eyes. Both are fantastic potter's and they're not bad at the safety either. McVerry and O'Hagan need to bring their A game. McVerry plays wild shots while O'Hagan needs to be right back to his very best or they will get a quick exit. A great match to watch here especially if the Trainor's pair hit form. Still though 2-0 to the CWC duo is our tip.   @Table 3 Antony O’Hanlon  & Collie McCann (Millvale) v Michael Feenan & Michael O’Hanlon (W/cross) McCann will be the driving force for the Millvale pairing. O'Hanlon will just have to put the seat belt on and go for the ride. Feenan will do a similar job for the Whitecross duo. O'Hanlon will be cringing at some of Feenan's attacking shot selections. Feenan and O'Hanlon will get a tough game but should squeeze it 2-1. Mathew Creggan & Damon Murphy (Cavern) v Gareth McCann & Brian O’Neill (W/Cross) Creggan and Murphy came through a tough group last time out and will fancy a shock result here. Murphy is the one to watch here. O'Neill has been a bit of a star for Whitecross this season and McCann has the talent to win this but it could well go the distance. 2-1 to the Whitecross pair. @Table 4 Gerard McGuigan & Nicky Langton (McGuigans) v Niall McQuillan& Brendan keenan (B/Holland) McGuigan enjoyed a superb season while Langton is a tricky, hard to beat player. McQullian will pot from the lampshades and Keenan will keep him right in the safety play. The premier pair should get through but the Ballyholland lads will keep it interesting. 2-1 McGuigan and Langton. Liam Bradley & Noel Bradley (Trainors A) v Kevin Magee & Raymond Magee (Hustlers) This could be a feisty game as all those involved are not to shy about potting balls and voicing their opinion. Liam Bradley will try to guide younger bro Noel through the shots. Kevin Magee will make the decisions for the Hustlers pair. Kevin Magee and Liam Bradley are the main course so it's between Noel and Raymond to see who can serve up the best starter. The two Bradley's will be favourites to enjoy their dessert and we tip them 2-1.

Time to get the boys on the baize! And Lets Remember It's Only A game Of Pool Good Luck To All Pairs . 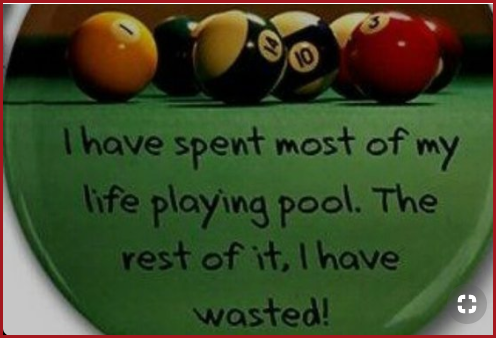