@Foresters Table 1
1.James O’Hagan (Trainors A)  v Terry Mc Nally (CWC A)
James O'Hagan has improved his results just right at the tale end of the season after a disastrous run of form. He certainly has the talent. He is a recent winner of the competition after all but has this game come too soon?
Terry McNally is fresh from winning the Pairs and so he won't be short on confidence. McNally is a smart player and knows the correct shots to play.
Terry McNally could get a run for his money if O'Hagan hits form. The odds are against O'Hagan but a full distance 3-1 win for McNally is a good bet.


2.Eddie Mccaughey  (Trainors A) v Pat Byrne (Mc Guigan)
Two cracking potter's on show here. Eddie McCaughey is new to the Newry Pool scene but all the top Premier plays know him well. The Keady man plays exciting attacking pool and knows the patterns to make the game look easy.
Pat Byrne is an outrageous single ball potter. Controlling the white ball and having little to know safety game has often been his achillies heel.
Eddie McCaughey will fancy his chances here and we tip 3-1 to the Keady native.

3.Gary Powell (Bears) v  Colm Mc Cann  (Millvale)
Garry Powell regularly gets a good run in the singles and it's no fluke. He has a good tight all round game but his potting and taking out clearances are his preferred method of play.
Colly McCann is another extremely attacking player. It serves him well in Division 2 and although his superb single ball potting makes him a dangerous opponent he is moving up two Divisions here.
Garry Powell will be in a 50/50 game here if he gets into a potting fest here. His superior tactical game should edge a tight match 3-1

4.Michael Teggart (St Monnina A) v Kieran McMahon (CWC A)
Michael Teggart will know only his A game will give him a chance here. Teggart is a decent player who likes to play attacking pool. He will need to be able to mix it up with snookers and safety to rattle Kieran McMahon.
Kieran McMahon will have taken winning the Pairs in his stride and won't dwell on his latest success too long. McMahon is a born winner and with his incredible appetite for trophies only backs up his fantastic ability.
Easy 3-0 win for McMahon.


@Foresters Table 2
5.PJ McDanials (Orchard v Thomas McGuinness (St Monnina A)
Our 1st tactical match to preview.
PJ McDanials hasn't played as much this year as previous seasons. His percentage win rate is down as well which would coincide with a lack of games. McDanial can certainly take out pressure finishes but he loves a good tactical battle.
Tom McGuinness is a former Premier Division player and he had a really good season in Division 1 this season. McGuinness grows into the game and will have no problem covering pockets and slugging it out.
This could be our 1st surprise winner of the night. McGuinness could nick this one 3-2.

6.Brian O’Neill (Whitecross)  v Jim McMahon (Ballyholland)
Brian O'Neill is much improved for Whitecross and he has more than played his part in his teams relatively  successful sesson.  His potting is his strong point and he is much more patient during a tactical match.
Jim McMahon was a crucial ever present for Ballyholland in their Division 1 title winning side. McMahon is your typical grinder. He will cover pockets and make life proper uncomfortable for any opponent.
We could see a respot in this match but O'Neill should have the fire power to get the win 3-2.

7.Paddy Clarke (CWC A)  v Martin White (John Murphys)
The current individual champion Paddy Clarke is the favourite to retain his title. He knows the patterns like no other and makes the game look ridiculously easy. His positional play has no equal in Newry pool. He won't hang about and will just go for the game at the earliest opportunity.
Martin White had a very good season for Murphy's in Division 1. White is a terrific potter and will be a dangerous opponent. He also is well fit to cover a pocket or lay a snooker.
Paddy Clarke could lose a frame here but a place in the last 16 should be secured with a bit to spare. 3-1.

8.Shane McAllister (Hustlers)  v Cathal Mc Coy (McGuigans)
This battle of the former team mates should be a real cracker.
Shane McAllister is widely recognised as one of the toughest opponents in the Newry Pool league. He never knows he is beaten and can claw a frame back from the jaws of defeat like very few can. He has nerves of steel and to back up his superb potting ability has has a lock tight safety game.
Cathal McCoy will have to take a step away from behind the livestream and get in front of the camera. McCoy can be a bit hit and miss. If he brings his A game then this will be a wonderful spectacle.
We fancy this to go the distance but Shane McAllister has more strings to his bow and a 3-2 win for the Hustlers star man seems sensible.


@Foresters Table 3
9.Cathal Phelan (Whitecross)  v Colm Shields (Ballyholland)
Cathal Phelan wears his "been there, done that" T-shirt with pride. He gets to the latter stages virtually every year. He has improved remarkably since the turn of the year and his all round game is as tight as Cathal McCoy's wallet. Excellent shot maker and always plays the right shot. Phelan will be hard to beat.
Colm Shields is having a dream season. Winning the league with Ballyholland was good. He beat the then Pairs holders Pat Brady and Harvey Lavelle on his way to the 1/4 final. Shields is an excellent finisher and will go toe to toe with Phelan in the tactical exchanges.
Phelan will not take his opponent lightly so a 3-1 win for Phelan looks plausible.

10.Pat Brady (CWC A)  v Ralph Crummy (Bears)
Pat Brady has been in the last two individual's finals and who would bet against a 3rd? Brady has been a prolific winner his whole career. A treble last year. Winner of the Pairs two years running in 2016 and 17. Two times individuals finalist in a row. Incredible composure with stunning potting and a tactical game that simply has no equal in the local game.
Ralph Crummy has plenty of pool under his belt after his trip to Killarney for the All-Ireland pool championship. Crummy is a great potter and can take out crazy finishes. He needs to bring 100% consistency to rattle 'big Pat'.
Crummy is up against one of the all time greats. It's hard to make a real case for him and a 3-1 Brady win is the logical result.

11.Kieran Cummins (Bosco) v Seamus McVerry (Trainors
It's a bit harsh to say Kieran Cummins is slow but he is certainly the Terry Griffiths of Newry Pool. He won't get you on the edge of your seat but going by his decent record for Bosco this season it is clear he gets the job done. Cummins will cover pockets and keep it tight.
Seamus McVerry knows all about keeping it tight. He loves a good tactical exchange. McVerry can take out those tricky finishes that only the top plays do on a regular basis. McVerry is a recent overall individuals winner and knows what it takes to win it.
McVerry hot favourite here and should cruise through 3-0.


@ Foresters Table 4
13.Liam Bradley (Trainors A) v Raymond McKenna (2-3)
Liam Bradley held his own despite being up against red hot favourite and  former finalist Raymie McKenna. Bradley took it to a decider but CWC cueiest ran out a single frame winner.

14.Michael O’Hanlon (Whitecross) v Martin Conroy  (McGuigans)
Mickey O'Hanlon and Martin Conroy will be like Game of thrones where two worlds collide.
O'Hanlon is cagey and will cover pockets and try to drag his opponent into a dog fight.
Conroy will be going for his pots and trying to take out exquisite finishes.
Conroy should be too good and 3-1 would be a good result for O'Hanlon. That's if he gets 1. So 3-1 Conroy to be clear.

15.Damien Kearney (Trainors A)  v Cailum Mc Parland (CWC A)
Dee Kearney is another talented all out attack player. He can play an element of safety but it's just not his game.
Cailum McParland simply doesn't do safety. He can blitz a table in the blink of and eye. But can he do it 3 times in one night?
Kearney should be able to slow McParland down for a 3-1 win.

16.Shane Phelan (Whitecross)  v Seamus Mc Geoghegan (CWC A)
What a game to finish with. Former team mates will go head to head. Shane Phelan was our player of the year last season and he will probably need to win the Individuals to be in contention this season. Phelan won't take too many risks and his single ball potting is up there with the best.
Seamus McGeoghegan is another player that won't take many risks. I doubt very much if he ever leaves the house without an umbrella in the summer or his factor 50 in the winter - just in case! McGeoghegan always plays the right shot but maybe just not as accurately as he used to.
This is looking like a long match. Easily we could see a few re-spotted blacks but we tip Shane Phelan to edge a classic 3-2.

and best of 7 in the Final 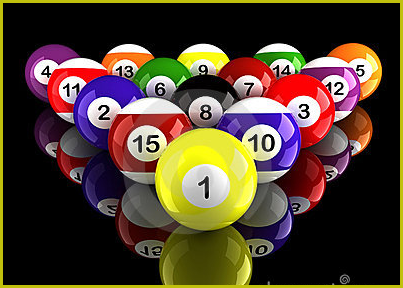