CWC A tightened their grip on the Premier Division league title when they took full advantage of Trainor's A slipping up against Hustlers.

Trainor's needed to bounce back from their crushing defeat to CWC A in the last league game. Trainor's must have still been reeling from the CWC defeat when they fell 2-0 behind. Jimmy McVerry was a surprise inclusion to the starting line-up. His season has been a patchy one to say the least. When Barry Murphy is on his game he's a game for anyone. McVerry has seen his table time greatly reduced this season and it was no surprise when the calm Murphy slotted the black home for 1-0 Hustlers. Niall McVerry has been excellent all season but Ciaran O'Neill never gives opponents a handy game. O'Neill is on the up after a slow start to the season and when he inflicted a 2nd league defeat in a row it for McVerry it was 2-0. Sean Murray wasn't in any real trouble against Denver Jenkins and it was 2-1. Paddy Tavey has been sensational this season for Trainor's A and he levelled against inspirational Hustlers Captain Kevin Magee. Probably the most interesting match-up was Dee Kearney v Shane McAllister. Both super potters but McAllister certainly the better tactician. It was the superb Damien Kearney that gave Trainor's the lead for the 1st time on the night. Score 3-2. Seamus McVerry will be distraught that he got caught out by Joe Magill. Magill is finding out this season that he's maybe punching above his weight, while McVerry has been outstanding. Pool is never that black and white and McVerry was stunned when the visitors levelled at 3-3. Eddie McCaughey is quality and he gave Billy O'Neill a potting lesson and the home side were back on course for 2 invaluable points. Liam Bradley has been the Trainor's last man many times this season. His opponent Ray Magee went on a run of 5  defeats in a row earlier in the season although he has improved slightly since the turn of the year. It was a case of visiting the well once to often and on this occasion Bradley found the well dry. Ray Magee kept his cool and Brushed Bradley to win a crucial frame that might be vital in their quest to avoid relegation. Result 4-4. CWC A moved 2 points clear of Trainor's when they whopped 3rd placed Whitecross 7-1. Kieran McMahon and Paddy Clarke beat Michael Feenan and Gareth McCann respectively to put the new league leaders 2-0. Harvey Lavelle tasted defeat for the 2nd league game in a row. He broke and Shane Phelan cleared expertly for 2-1. Pat Brady beat Gavin Malone for 3-1 and the killer blow was Seamus McGeoghegan beating Cathal Phelan for 4-1. Terry McNally was never going to be troubled by Mickey O'Hanlon and the points were in the bag at 5-1. Raymond McKenna and Bernie Magee piled on the pain for the visitors to make it 7-1. Brian O'Neill and Joseph McTaggart unable to put a bit of respectability to the scoreline for Whitecross. Nan's Rams will almost certainly be relegated next Thursday - should either Hustlers or Bears pick up a point. If either of the relegation threatened rivals pick up a draw then Nan's will need to miraculously beat champions and current league leaders CWC A. Considering Nan's have only one league win all season and CWC have only one league defeat all season it looks like Nan's will need favours elsewhere. Nan's led 1-0 and were level at 2-2 against Orchard but their challenge fizzled out when the lost the remaining 4 frames. It's no surprise Nan's are Division 1 bound when you see they have won 16 frames less than closest rivals Hustlers. Pat McClenaghan got Nan's off to the perfect start when he beat their star player Tony McGovern. Mervyn Kernaghan and Nigel Malcomson reversed the lead for Orchard when they beat Mal Maguire and Stephen Sherry. It was all square when Andrew Chan defeated the usually reliable Jamie Fletcher. Two young guns who have improved their game drastically Gerard Bagnall and Liam Turley made it 4-2 when the overcame the challenge of Mark Pentony and Mark Maguire. It was Darren Devlin that nailed the two points when he beat Rony O'Reilly to make it 5-2. PJ McDanials poured salt on the Rams' wounds when he made it 6-2 with a win over Jimmy O'Hare. McGuigan's toasted Bears 5-3 but they had the points in the bag at 5-1. Gerard McGuigan continued his exceptional form and Martin Conroy, Damien Flanagan then Pat Byrne fired McGuigan's into a 4-0 lead. The home team were cruising when Seamus Keenan finally broke the Bears' duck. Captain Paul McAreavey sealed the deal for Monaghan Street McGuigan's and made sure Bears would stay in deep deep relegation trouble. Adrian Holman and Eddie Heaney pulled a few consolation frames back for Bears but it was too little too late as McGuigan's ran out comfortable 5-3 winners.

Dont Forget To Checkout DestinationNewry Website For All Pool League Tables Results/Fixtures & much More. Thanks For Reading 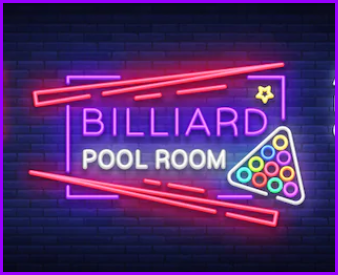